Although chronic and cystic acne is frequently treatable with the use of hormones, internal medication, and topical creams, blackheads can persist well into adulthood and beyond, and are often a source of chagrin and embarrassment. While they typically target the chin and nose specifically, blackheads can be found virtually anywhere, including the body. Removal may seem difficult or painful, but Bioré provides a simple, easy removal method that truly works. 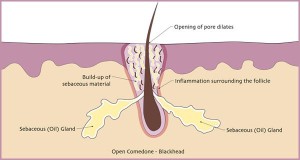 Blackheads differ from whiteheads both in appearance and development. Rather than raging infections, blackheads are symptomatic of excess sebum production and dirt becoming trapped in sebum-producing pores. This is most frequently seen on the nose and chin, but is also common on cheeks and the forehead.

Also unlike whiteheads, blackheads are often difficult to remove, and are found in clusters rather than a single site. This causes skin to grow dotted with small, black spots, and frequently results in the face looking greasy, stretched, or aged. As such, blackheads are a source of frustration for many men and women.

Are They Difficult to Remove?

Most blackheads are not above the surface of the skin, but are burrowed into pores. Due to their location, they are not easily removed; extraction usually requires a tool or special cleansing method of some kind—and both can be more harmful than useful. Additionally, tools are often used to remove a single blackhead, and would be time-intensive for all-over removal. For this reason, an alternative is often sought after.

Bioré pore strips are unique, as they are pain-free, easy to use, and are able to cover large areas at one time, unlike removal tools. They can be used by virtually anyone, and do not require special tools, equipment, or training; anyone is capable of use, from a young teenager to a grandmother in her nineties.

Strips are also unique for their ease; although many creams require 10-15 minutes spent in the bathroom, or carefully avoiding contact with the face, strips are far easier. Simply apply, get ready as you usually might, and remove in 10-15 minutes. Although some redness might occur, this usually dissipates within thirty minutes—and the sight of numerous blackheads leaving the treated area and growing attached to the strip is deeply satisfying. 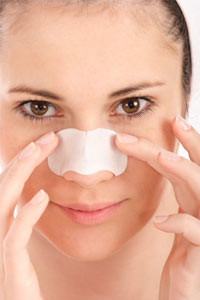 How Are They Used?

Strips should always be used on clean skin. Wet the area to be treated before applying thoroughly; failure to do so may result in a wasted strip or a less-than-favorable outcome. Apply the strip carefully, making sure to smooth the entirety of the strip over the treatment area, removing any bubbles or wrinkles. From there, simply leave the strip on for 10-15 minutes, and remove carefully, lifting the strip slowly and carefully.

The underside of the strip attracts the dirt and excess oil in pores, and adheres to them, lifting them up and out as it is peeled away. Viewing the strip after use should reveal numerous blackheads, some of them small, and others large. Strips are designed for use on the nose, primarily, though there are strips intended for use on the forehead and chin. 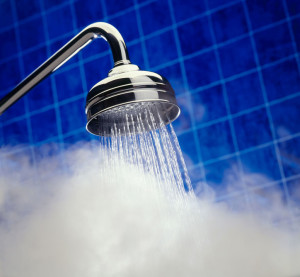 Most Bioré users are pleased with their experience. As stated above, the ease of use is frequently the most praised aspect of the product, as they are both quick and simple to apply. This simplicity was also praised, as strips are easily portable, and take up little space in luggage or even purses, and can be taken virtually anywhere.

Typically, customers saw results immediately after using strips, both by viewing the removed blackheads on the strip itself, and by seeing a reduction in the number of blackheads embedded within the epidermis. Many found this was largely due to the unique contours of Bioré’s product, as it may be pressed close to the highs and lows of the nose, chin, and forehead, rather than having a “tent” effect.

Pleased users caution new users to remove the strip as directed to avoid any pain or unpleasant pulling sensations on skin. Most also suggest taking a shower or hot bath before use, as this opens the pores and allows the product to penetrate deeper and gather more blackheads. With the combination of a hot shower or steam, a clean face, and correct use, most customers see drastic changes in the appearance of skin on the first use.

Although customers are largely pleased with Bioré strips, some were unhappy. The most common complaint from these users came in regard to the effectiveness of this product. Some customers saw a small reduction in the appearance of blackheads, but were displeased to discover that blackheads returned quickly. It should be noted that this particularly product is not intended to prevent blocked pores, but to treat existing blackheads.

Some customers with sensitive skin saw a difference in the presence of blackheads, but also experienced some irritation or rash when using the product. Many of these individuals used the pores regularly, however—some saw a decrease in the presence of irritation if strips were used infrequently, such as once every other week.

Are Pore Strips Worth a Try?

Bioré strips are certainly worth a try. While they are not supposed to treat the underlying cause of blackheads, or prevent future breakouts, most users find they are effective in removing existing acne without undue pain, scarring, or trauma. As with any product, instructions should be followed carefully, including preparation, duration of use, and frequency of use. This means:

If you are among the men and women dealing with sensitive skin, this product is still worth a try—but perhaps exercise more caution, using a small piece of a strip first before using the full length. Wait 24 hours to see if a rash or reaction develops. If nothing occurs, strips are likely a safe and effective method of blackhead removal.