Hair trends are never better exemplified than award shows. Glitz, glamour, and talent all merge in one glorious spectacle—a televised event celebrating televised events. While many trends come and go, one hair trend remains the same: curls. Curls are celebrated, whether they are tight, natural curls, or loose, manufactured waves. Of course, neither curls nor waves can be created without the use of some sort of implement and, while flat irons are increasingly popular for creating curls, it never hurts to return to the original: the curling iron.

Hot Tools Professional’s iron is a unique offering, as it possesses a gold-plated barrel and clip. The clip is spring-loaded, and due to the barrel’s coating, heat is evenly and consistently distributed. Heat settings can be changed to suit different hair types, and go all the way up to 430 degrees. The curling iron does not have an automatic turn off, but will instead stay hot all day long if it is left plugged in. The barrel is a solid width, so it cannot be used to taper ringlets or create different sized waves.

Users were generally quite happy with this iron, as it maintains heat steadily and usually lasts for many years before it needs to be replaced. Due to the gold plating and heat distribution, even women with tough-to-curl hair see long-lasting results. Users were pleased with the product’s tight clamp and swivel cord, as both sped up the curling process significantly. Most women found that the lowest heat settings were adequate to create voluminous waves, and use the iron for years before needing to repair or replace it.

Although reviews were generally positive, some women were displeased with the overall appearance of hair after using this iron. This was due largely to the clip’s strength, as it created something of a kink in hair, rather than an organic bend. Fortunately, these users were in the minority. 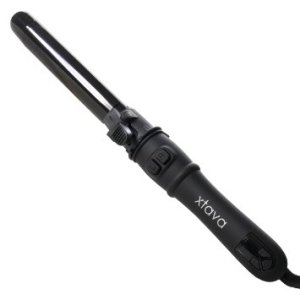 While the iron above is unique for its gold plating, this brand is unique for its technology; the barrel itself rotates as it curls to ensure hair holds an optimal curve. Like the iron above, XTAVA’s model ranges in temperature from the low 200s to 430 degrees, and can be customized according to hair type. The temperature is displayed on an LCD screen, and the iron will turn off when it is not being used to avoid accidental fire or injury. Also like the iron above, XTAVA’s product has a swivel cord, making it easy to curl strands in both the front and the back.

Women raved about this curling device. Most were excited about the item for its auto-rotation feature, as this makes curling the back of one’s head far easier, and speeds up the styling process. Be forewarned, however, that most women found the feature required some practice due to its novelty. Most found, however, that with consistent use and practice, the product delivers superior curls and waves. Users were also impressed with the design of the item itself and its packaging; both are a sleek black and are pleasant to look at and use while styling.

Some women, conversely, were displeased with the product due to its auto-rotating function, as it required some practice to use, and caused burns with some women before they got the hang of it. To combat this, existing users urged new customers to use caution when operating the device, as it is easy to accidentally press the auto-rotation buttons. With caution, however, this problem is easily avoided. 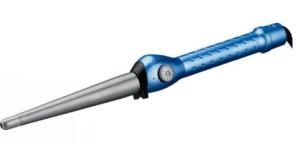 BaByliss Pro is a curling wand frequently used by stylists. The brand is often trusted for professional styling, and is typically a fixture in wedding day and prom day hairstyles. It has heat settings up to 450 degrees, with a nano titanium barrel. It does not have a clip, but instead relies upon a heat-resistant glove or careful fingers. The barrel is tapered, making this a single tool to create different-sized curls—a must-have for anyone seeking a simplified hair routine and pared-down styling arsenal.

This particular iron is ideal for women who frequently experience difficulty using styling tools. This is due, in part, to the clip less nature of a wand, and due to the tapered barrel; customers are able to create tight ringlets and loose waves using a single implement, recreating salon-like curls. While some customers warn that using a wand requires regular practice, most get the hang of it quickly, and are able to create beautiful, bouncy waves or ringlets within a few days of trying. Most found greater success watching brand-specific tutorials online. Most women found that their curls held for at least one day, with most bleeding into second or even third-day manes. Although it is slightly more expensive than the models mentioned above (a $10-$15 difference), most women believed it was worth the investment.

Although positive reviews outweighed the negative, some women were unable to successfully use the wand without a clip. Some found this to be too difficult, while others stuck with it and eventually figured out how to use it. For women who like the look of the curls it produces, but are experiencing difficulty, remember to:

They All Look Great—Which Should I Choose?

This depends largely on what you are comfortable with: while all thee irons will curl adequately, each offers a different experience. If you are a novice, the first will likely suit your needs best. It has a clamp and swivel cord, making it easier to hold hair in place and curl all strands. The next step up is the rotating iron, as it has a clamp but is also more complex in its design and requires some know-how to effectively utilize it. Finally, while curling wands are excellent for creating variably-sized curls, they may be best suited for women with some styling experience.

Also check out our review of hair straighteners here