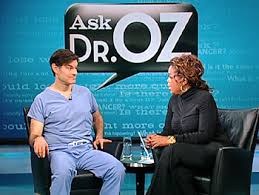 High frequency facial devices have been splashed across television screens in infomercials and on daytime talk shows such as the Dr. Oz show. The infomercials basically profess this device as the ultimate anti-aging device. It is said to be able to remove laugh lines as well as naso-labial lines. While this does sound amazing, it begs the question is this true and will it work for everyone? Furthermore, some of these devices are really expensive so one wonders if this is a one of a kind technology or can we find other devices like it that are not quite as expensive?

High Frequency Therapy: Is it Beneficial to the Skin?

This technology has been in existence since the last century. The very first high frequency current device was pioneered by an inventor known as Jacques-Arsène d’Arsonval and it is known to us today as d’Arsonaval. The device works by sending high electrical current frequencies through glass electrodes to your skin. When the thermal and electrical energy reaches the skin cells, it stimulates them and produces collagen and kills bacteria.

Studies have shown that the application of such therapy results in more collagen and elasticity in the skin. This of course should cause it to look and feel suppler. But what are the actual users of this device saying?

There have been many reviews, feedback and testimonials made all over the internet. According to the feedback given, users of these devices believe that this treatment is able to penetrate the deeper layers of the skin and stimulate collagen production which in turn causes the skin to look fuller. They believe this is an advantage over microdermabrasion treatments and topical creams that are only capable of treating the upper layers of the skin. Older users such as those over sixty years old have also reported that this form of treatment has resulted in their skin having more elasticity over time. Some users however, believe that this treatment takes too long and too many sessions to show any improvement in skin quality. Also, according to the reviews users who are older than forty years old tend to get better results using this treatment than their younger counterparts.

A Look at Different Devices

As mentioned before, this technology has been in existence for many years. Since its inception the market has seen a growth in the number of different devices that are available to consumers. The question remains though if there are any effective ones out there. There are a few that I’ve come across that I will share with you and then you can decide for yourself.

The first one is the D’arsonval Professional Grade Device. This device costs about the same as the Dermawand but it is a professional grade. This device is very similar to the ones you will see in your esthetician’s office. This device carries seven different electrode wands that serve different functions. Included among these wands is one that is shaped like a horse and is used on large areas such as the neck. There is also a roller electrode which is used in conjunction with a topical cream and gauze to get rid of acne and similar blemishes. Many users of this particular device who suffer from acne report that this device is able to eliminate their pimples almost immediately and does not leave a scar. It is also great for getting rid of cold sores and warts. Other users have found that their skin has gotten firmer and plumper after just three uses and over time there is a noticeable reduction in their fine lines and wrinkles.

Tips for Health and Safety 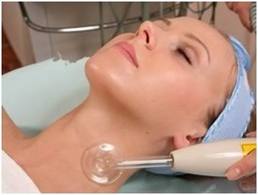 D’arsonval devices are usually quite safe to use but there are certain instance in which they should not be used. For example, people with pacemakers should stay away from these devices due to their static electricity. You also should not use D’arsonval devices if you suffer from epilepsy or other nervous system disorders. This treatment may also not be safe for use by pregnant women.

You should also not use D’arsonval treatment on areas of skin that are hairy, have open wounds, have scars that are healing or just recently healed and skin that may have a lot of metallic fibers underneath. A great rule of thumb if you have any concerns is to consult your physician before you start using one of these devices.