Are you aware that your body secretes a natural moisturizer and lubricant known as hyaluronic acid (HA)? This acid is found in significant quantities in such organs as the eyes as well as in your joints where it ensures they are lubricated adequately for normal functioning.

When HA is applied on the skin, it ensures moisture retention which guarantees the skin remains firm and supple for much longer.

The following is a look at some of the most common skin care products formulated from HA: 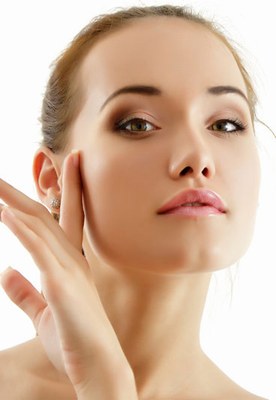 Why is this rule so important to me? Simple: if I want to try out a new ingredient, then I would rather apply it on my skin with as few other products as possible. As such, I can tell if the benefits I notice (or the negative effects for that matter) are as a result of this novel ingredient or not.

If you agree with me, you will find that this 100% pure HA serum perfectly fits the bill. Some users are often confused by the brand as the concentration of the acid in this serum is only 1%! However, the rest of the serum is neutral base and by dermatological standards, 1% hyaluronic-acid concentration is high enough.

One user who concedes she has an acne problem on top of having an oily skin was delighted that the serum worked well to stop the acne breaking around her neck. Moreover, she noticed that the areas affected by acne healed much faster and that her skin no longer appeared as moist when she applied it subsequently.

Another notable review was posted by a user who regularly subjects herself to chemical peels and, on applying the serum, she noticed that after a chemical peel session; a dab of the serum not only kept the skin moisturized but also calm and balanced.

There is also a man in his forties who posted a glowing review saying that he combines the serum with Retin-A and this leads to a reduction in the appearance of fine lines.

This “Super” facial serum has enjoyed such a resounding success in the Asian market especially in Japan where it is known as “Hadalabo”. Indeed, the name Hadalabo has become so commonplace in Japan and other parts of Asia that it is now synonymous with a well moisturized, supple skin.

One of the notable users to post reviews is a lady who regularly suffers from serious dermatitis owing to her hypersensitive skin. On applying this serum, she not only noticed her skin become healthier and glowing but it also retained moisture for longer. She reports too that this is the only serum she has used which has not irritated her skin.

There are also dozens of users with oily skins who reported benefits after applying this product. Of the most notable of such reviews is one where a user was delighted that the product is almost watery and not greasy. Others took time to praise the serum’s fragrance-free formulation.

Another notable user, this time a 66 year old lady who had a broad allergy to cosmetic scents on top of having a hypersensitive skin, was delighted to notice the product worked quickly to give her more supple skin and greatly reduced the appearance of fine lines and wrinkles on her face.

This HA supplement is enhanced with pantothenic acid (vitamin B5), a substance which is scientifically proven to accelerate the process of healing and restoration on the skin as well as enhancing moisture retention.

Pantothenic acid complements the action of HA. While the latter is a proven hydrant, the other works as a catalyst which quickens the rate at which the body generates new, healthy skin cells.

One of the most obvious sentiments to emerge on reviewing many online reviews of this serum is that many users are delighted with its effectiveness which, in almost every instance, is far superior to the action of some other expensive brands the customers had been prescribed by doctors.

A notable review comes from a female user who, at only 39 years of age, was already considering Juvaderm or HA injections in order to correct the appearance of nasolabial folds and sunken cheeks. When she applied this serum, she gradually noticed her face change for the better; appearing more plump and rounded with the skin supple round the clock. While it is arguable the injections would have delivered similar if not more noticeable changes, she was able to put off these expensive procedures in the meantime.

A detailed analysis of other consumer reviews show that the product delivers commendable moisturizing effect. Moreover, a considerable number of users who were dealing with the twin problem of regular acne breakouts and oily skin found the serum a very effective panacea.

As already established, vitamin C is also crucial in boosting the skin’s inherent ability to heal itself. 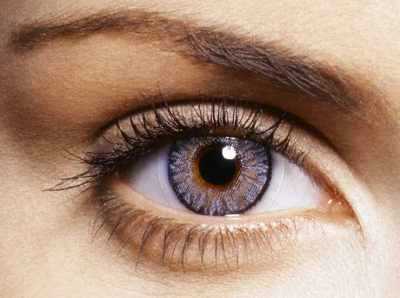 A product of Timeless Skin Care (producers of the 100% Pure HA serum), this cream is specifically formulated for treating the sensitive skin around the eyes.

The cream also contains Matrixyl to boost its anti-wrinkle ability and also contains some algae extracts popular for firming the skin around your eyes.