Hair removal is an increasingly popular past time. Although it was once relegated to the ranks of women with fuzzy legs, hair removal has grown to include underarms and bikini lines for women, and stomachs and backs for men. With so much emphasis placed on smooth hairlessness, countless men and women are seeking longer-lasting, shorter means of removing hair than the standard razor—or less painful than the average waxing. Silk’n offers three different hair removal devices, each examined in greater detail below. 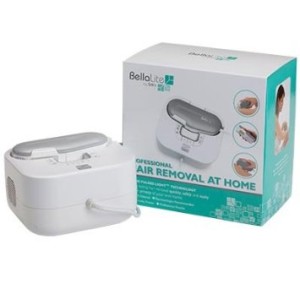 Silk’n’s BellaLite uses a light pulse system to slow and largely wipe out the pattern of hair growth. It contains a head large enough to complete an entire leg in less than 30 minutes, a power cord, a 1-year warranty, and three cartridges—each containing 750 pulses (a number that typically covers both legs, both arms, both underarms, and the bikini line). Like most products of its kind, the BellaLite is intended for use with light skin and dark hair, and is not suitable for men and women with light hair, dark skin, or any combination of the two. Use on such skin/hair types could result in injury.

The BellaLite provides a typical reduction rate of 70 percent of hair growth after three months of use, making it ideal for large areas such as the legs, back, and arms. It may be used on the face, but caution should be exercised; the light has the potential to burn or otherwise damage eyes. Most men and women find the pain of use is comparable to the snapping of a rubber band, though it may worsen on more sensitive areas such as the backs of thighs, bikini line, and underarms. The ideal hair thickness is medium: fine hair is not thick enough to detect, while extremely thick, coarse hair is often too strong for the machine to remove.

Most users were pleased with their results, though they warned that use must be consistent and completed at the right speed (i.e. not too quickly). Some users follow product recommendations and used the device every two weeks for the first two months, followed by every four weeks for two months, and then as needed. Others used the device every week and saw dramatic results (though this is not, of course, recommended). The individuals who experienced the greatest reduction in hair had light skin and dark hair, and used the machine consistently. 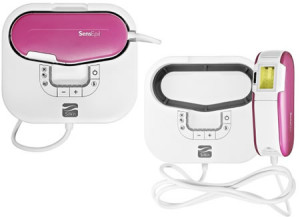 The SensEpil is the more expensive Silk’n model, at a price point $20 higher than the BellaLite. It is recommended by both dermatologists and plastic surgeons. It contains an instructional DVD and two cartridges, as well as a power cord. Like the model above, it is intended for use on dark hair and light skin, and works best on medium-strength to coarse hair, rather than fine strands. This model is smaller, both in stature and in the treatment area. Despite this, the manufacturer suggests the device has more power, allowing arms and legs to be completed in 15-20 minutes.

Each cartridge may be used at least once on the legs, arms, underarms, and bikini line—though some customers found they could cover these areas 2-3 times before the cartridge needs to be replaced. Using the machine causes skin to be more sensitive to sunlight, so proper precautions should be taken during the course of use.

Many users were pleased with their results. Although hair is not eradicated completely, numerous users saw hair growth slow and reduce considerably after only 2-3 months of application. Though some experienced skin irritation (redness, itching, or rash), the results were significant enough to not deter those users from consistent use. As with everything, proper before and after care are pivotal (shaving, exfoliating, applying sunscreen), as is following all instructions to the letter.

Customers who did not like the machine noted that, without continued use, treated areas will return to their original hairy state. Still others were extremely displeased with customers service; getting a hold of the company proved difficult, with many users still unable to get refunds or send in returns. 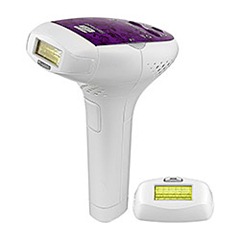 The Flash & Go is, reportedly, the only device among Silk’n products that promises permanent results. The device is hand-held, operating on a long cord, and is best for smaller areas such as the face, bikini line, and underarms. While larger areas can be treated, the device head and window are small, so treatment may be time-consuming. Unlike the other models, the Flash & Go contains 5,000 pulses total, rather than having replacement cartridges with 750 flashes per cartridge. As with most products of its ilk, hair must be dark, while skin must be light.

The average time for dramatic visible results to appear is three months, or 2-4 treatment sessions. Depending upon the area, the device does have some pain attached to use; the more sensitive the area (i.e. bikini line), the more pain you will experience. The device can be used on the face, but should not be used on or around the eyes.

Most Flash & Go users were pleased with their results. With touch-ups every month or so, many customers found that permanent results were achieved, particularly in smaller areas such as underarms, the chin, and the bikini line.

Users who were displeased with the product are typically upset about one thing: upset skin. Many users with sensitive skin discovered that the product caused redness, rash, or discoloration that took anywhere from several hours to several days to abate. It should be noted, then, that sensitive skin may not be ideal for use with this product.

Each of the three products has a target audience in mind. When looking for your ideal hair-removal machine, there are three factors to consider:

Finally, if you are seeking a treatment option focused primarily on ease of use for larger areas, the BellaLite will be your best bet: it possesses the largest surface area, covering more skin in less time.