Most major magazines and advertisements use models possessing clear, flawless skin, free of all dark spots and blemishes. Despite this, most men and women in real life face the task of removing, clearing, or covering both dark spots and instances of hyperpigmentation. Unlike advertisements, however, this isn’t as simple as airbrushing and going on; it takes time and energy to remove dark spots. Investing time and energy, however, can provide excellent results.

Meladerm’s skin lightening cream is a leader in its industry. The cream steers clear of using common (but potentially dangerous) lightening cream ingredients such as hydroquinone, mercury, steroids, and parabens. This makes it safe for everyday use, and means it is far less damaging to skin health than many of its competitors. Instead of using these products, Meladerm employs kojic acid, a topical ingredient known to block the production of melanin (removing and preventing age spots) in a safe and effective way.

Kojic acid, prepared alongside plant extracts and other natural acids, is used to block the production of melanin. Melanin is the pigment produced by skin, and is responsible for the development of age spots and hyperpigmentation. With consistent use, Meladerm’s product produces visible results in two weeks, but requires 2-3 months to produce its full skin-lightening effects. For best results, cream should be applied twice per day (once in the morning and once at night), on clean skin. The cream should be used in conjunction with sunscreen with an SPF rating of 30 or higher, and should be left to sink in for ten minutes before makeup, sunscreen, or additional lotions are applied.

Meladerm is a jack-of-all-trades, in that it can be used for more permanent skin damage (freckles and age spots), and skin discoloration brought on by conditions such as melasma and acne. Most customers utilize the cream for its effect on acne scars and sun spots. The majority of users found that the product produced the most visible results after six weeks of use, with many continuing to use the product for years to both erase spots and prevent the development of new spots. Many users also found that Meladerm had a smoothing effect on skin, not only brightening complexions, but also creating an even, smooth texture.

While the positive reviews outweigh the negative, some users were not pleased with the cream. The chief complaint is that it does not lighten effectively. Most customers with this complaint found that spots were actually darkened by use. The most common reason for this is a lack of sunscreen application; for this reason, Meladerm’s product should always be used alongside SPF 30 or higher. 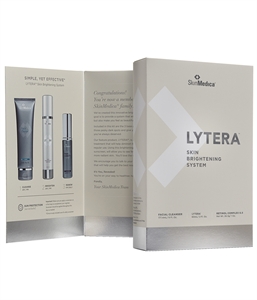 Like Meladerm, Skinmedica’s brightening complex does not contain hydroquinone, but instead relies upon the compounds found in retinol, vitamins, and plant extracts. It foregoes the use of kojic acid, even, and relies entirely upon vitamins and extracts to interact with skin’s chemistry. Lytera typically requires 4 weeks before results are visible, and should be used continually for drastic changes in texture and tone. The cream should also be used in conjunction with sunscreen for optimal results, and to prevent further discoloration and sun damage.

To use, apply Lytera morning and evening to face, neck, and décolletage. Product should be applied to clean, dry skin, and must be massaged into the area thoroughly. The product should be paired with an SPF of 20 or higher, and should be left to absorb for 5-10 minutes before applying makeup and other skincare products. Results usually take 4 weeks, with drastic results requiring at least 2-4 months of consistent use—coupled with ongoing use to keep new discoloration at bay.

Lytera is best used to erase sun spots. While it can be used to treat acne scarring and age spots, it is specifically formulated for sun spots and sun damage. Potential users should note that the product causes a warm, tingling sensation when applied, but should not create a burning or painful sensation. This sensation is often used to gauge whether or not the product is effective. It can also be used in place of a moisturizer.

Men and women using Lytera usually see small results in four weeks, with more drastic, visible results showing up after several months of use. Most find that the product is absorbed well, and functions well as a moisturizer. Although most do not see results in fading acne scars, fading sun spots is typical of product use. General evening of skin tone is also reported, rendering this not a miracle cream, but a cream effective in creating a more pleasant, even, and youthful skin tone.

The most common complaint about the product is its color; many customers saw the beige tone of the product and took that to mean it had gone bad. It should be noted, however, that the product’s coloring may be beige upon leaving the dispenser, but will go on clear. 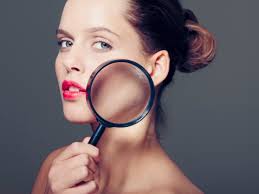 The Verdict Is In

The creams outlined above are both excellent products; both are effective in minimizing sun damage and other discolorations, and both contain products considered safe for regular use (though some caution should be exercised while pregnant or breastfeeding). Both creams are intended to be used in conjunction with sunscreen, and both creams require weeks of consistent use before visibly erasing discoloration.

That being said, Meladerm’s contribution to the field is likely to be the superior of the two products. This is due to several different factors, including :

While both are skin brightening creams, Meladerm is formulated to treat virtually every type of discoloration, ranging from acne scarring to melasma. This makes it far more versatile in its scope of use, rendering it a superior product; it treats numerous conditions simultaneously. It also contains superior ingredients; kojic acid is known to effectively block the production of melanin, functioning both as a fader of existing marks, and a means of preventing future discoloration. Finally, the speed of Meladerm is superior; the product requires only two weeks of use before results can be seen (versus four), and reaches maximum effectiveness after only 2-3 months.