Hair removal runs the gamut in terms of available products; products range from at-home light-powered products, to good, old-fashioned shaving or plucking. While shaving and plucking do the trick, both are often accompanied by pain and the potential for bleeding, while laser hair removal is frequently painless and delivers longer-lasting results. While some of these procedures require professionals to operate, there are several at-home options for men and women leery of attending a doctor’s office.

The Tria 4X hair removal system is an at-home laser hair removal tool. The equipment does not possess a laser as powerful as those found in dermatologist offices and spas, but does provide significant results if used consistently and properly, and on the ideal skin and hair candidate. Like most laser systems, men and women with dark hair and medium-to-light skin are the ideal recipients, as the laser targets the dark pigment of hair. For this reason, the device should not be purchased by men or women with dark skin, or light hair.

The 4X promises visible results in 3 months, if used once per week during the 3-month period. This is accomplished by targeting the hair follicle itself, and applying heat and light (via the laser) to permanently disable the follicle, resulting in diminished or eradicated hair growth. Tria’s system boasts faster treatment times compared to its competitors, and a digital display for easy reading and operating. The device is also equipped with a skin sensor to ensure skin and hair are the ideal color before use—this way, the time of the user is not wasted, and he or she runs no risk of pain. 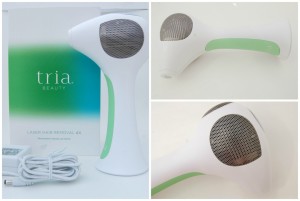 Like most laser removal devices, the 4X does come with some degree of pain. There are different settings designed to coincide with the comfort level of users (5 being the highest). Most describe the pain as being similar to the quick snap of a rubber band, rather than a burning sensation. This snapping is indicative of the device functioning properly, and should not be regarded with concern. If the pain is too much, however, users can simply lower the settings.

The Tria laser is designed to be used on the body, rather than the face. While women are permitted to use the laser on facial hair, it should not be used anywhere near the eyes, including eyebrows and lower forehead. It should also not be used on men’s faces to remove facial hair, as it is far too thick and dense, and could result in injury or a malfunctioning machine. Finally, the device should not be used to remove hair on delicate areas such as the genitals—these areas typically have different pigments and growth patterns, and inappropriate use may result in injury.

Many users were pleased with the 4X’s efforts, after consistent use for at least 6 weeks. The area of use varied quite widely: some users targeted unsightly facial hair, while others focused on removing hair from the legs and underarms. Customers noted that hair typically fell out 2-3 days after laser application. Most found that the hair lightened and lessened in diameter before eventually falling out—a process that took between 2 weeks and 3 months, depending on the rate of use and location and thickness of hair.

Although many men and women found the Tria a useful product for their needs, some were displeased with results. The greatest complaint was in regard to time: because the head of the device is quite small, large areas took (too much) time to complete. Customers were also displeased with the company’s customer service. Few were able to contact the company at all to discuss replacement bulbs or faulty machines; most found that the phone rang multiple times with no response, and had machines whose batteries or lamps stopped working after only 3 months. 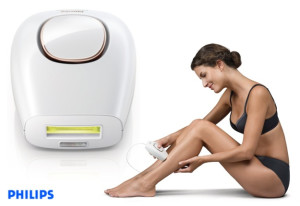 The Philips Lumea is a worthy adversary for the Tria; the device possesses a larger head and boasts a lifespan of 6 years with biweekly use. It is like the Tria, in that it is only designed to work on darkly pigmented follicles, and light-to-medium skin tones. It is not suited for blonde, red, or silver strands, nor is it suitable for dark skin tones.

Results are most often seen after four treatments, or two months, as the device ought to be used biweekly. Follicles will essentially die gradually, and shedding will occur between treatments. Fortunately, this falls well within the money-back guarantee period of 60 days, and even more within the warranty of two years. Like the 4X, the Lumea has 5 settings to allow for some wiggle room regarding pain tolerance levels. Additionally, the device has a skin tone sensor to avoid use on unsuitable hair or skin types.

Users were largely pleased with Philips’ offering. Most found that the two month time frame provided by the manufacturer is correct, though greater results are found with continued use over six months. Most users were pleased with the size and durability of the device, as it covers a larger area, and does not possess replacement parts; instead, it lasts for six years, before it needs to be replaced altogether. 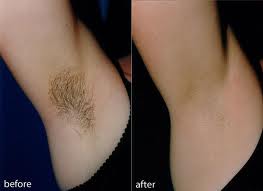 Although numerous users experienced visible results quickly, some users were not so pleased; the device warns not to use on areas with various colors (freckles, moles, tattoos, etc.), on sun-exposed skin, or when using a large number of medications. Users with skin conditions or conditions requiring medication were displeased with the many warnings from the manufacturer.

And the Winner Is…

Which is better? This depends largely on individual customer needs. When choosing a product, look at these variables:

The Tria has a smaller head, and is therefore likely to be best for use on the face, neck, and smaller areas. The Lumea’s head is larger, and may be best for larger areas, such as the legs, arms, and chest. The Tria has a larger up-front cost, and may require replacement parts, while the Lumea is less expensive, and is expected to last for six years without replacement parts. Finally, the warranty: the Lumea far outperforms the Tria in terms of warranty, as the Tria possesses only a 3-month warranty, while the Lumea has a two-year warranty. Given these factors, the Lumea is likely to be the best choice for a budget-minded customer.